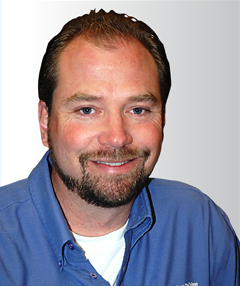 Daniel Vasey started in the field of commercial diving when he moved to Santa Barbara in 1987 and attended the Marine Diving Technology Program at Santa Barbara City College. While working as a commercial diver, Dan took the opportunity to also become a skilled ROV pilot and technician. The commercial diving and ROV work included inspection, repair and construction contracts on the West Coast, East Coast, and Gulf of Mexico. Also during this time, Dan and a partner started a small commercial diving firm.

In 1993 Dan was hired to manage offshore diving and ROV operations, and to conduct sonar searches for ship wrecks in the Caribbean, South America, Mediterranean, and the South China Sea. During the winter months (when not offshore) he was involved in building the mechanical and life support systems for the manned submersible “Deep Flight”.

Dan is currently a tenured faculty member of Santa Barbara City College Marine Diving Technology Program, where he has been teaching since 1997 and was director of the program 2003 -2008. Along with teaching commercial diving, Dan also educates industry professionals and public safety groups in underwater acoustic imaging and ROV technology, and engages in operations as a manned submersible pilot for Sub Aviator Systems.

Some career highlights include working with the National Museum of the Philippines conducting archeological surveys of the Royal Captain wreck site, sonar mapping and filming operations on the Titanic wreck site, co-founder of the Underwater Acoustics Society, and multiple filming projects.

Dan holds an Associate’s Degree in Marine Diving Technology from Santa Barbara City College, a bachelor’s degree in Geology from University of Wisconsin, and numerous other certifications related to the field.